The General of the Dead Army by Ismail Kadare [A Review]

Albanian exile Ismail Kadare’s first novel explores the waste of war through those who have to traipse in its aftermath, atoning for its crimes and cleaning up after it. 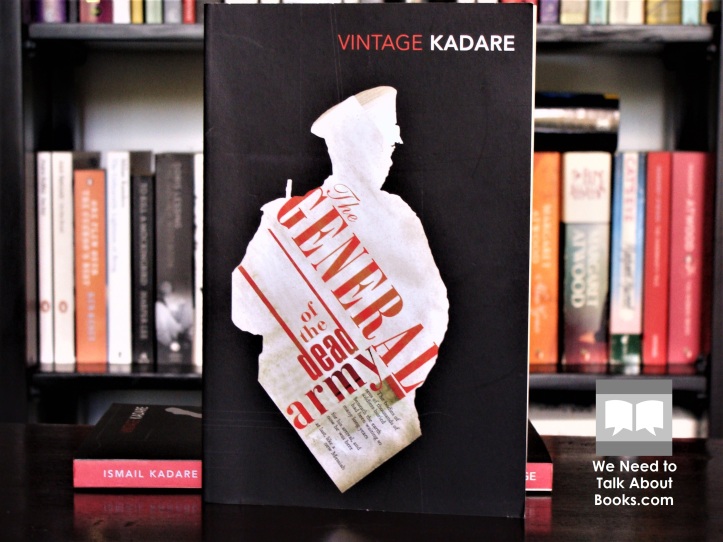 Twenty years after the end of the Second World War, an Italian general is sent to Albania on a mission to recover the remains of dead Italian soldiers and repatriate them. As soon as word gets out of his noble quest, the general’s house is inundated with visitors. Some are very old and some have come a great distance to shake his hand, tell him of their gratitude and to share stories and information about their missing sons and husbands. Though their information is of no consequence, their sorrow of no bearing on the general, out of respect he humours them; those who have never had such an opportunity to share their stories with someone in his position and for whom time has not diminished their grief.

Though he assures them that their loved ones will be returned to them, that he will do his utmost, that no man will be left behind; as soon as he arrives in Albania, the scale of the operation begins to overwhelm him. He is searching through a foreign land for the bones of hundreds of men buried in hastily dug battleground graves; with little more than a list of names and poorly recalled directions to find them and army records of height and dentition to identify those whose dog tags cannot be found.

Their greatest concern is that the most high profile remains may also be the most difficult to recover – the remains of Colonel Z, the highest ranking officer left behind in Albania and leader of the infamous Blue Battalion whose men fought hard but may also be responsible for war crimes against civilians. The general has met the family of Colonel Z and they are anxious for his return, the marble tomb they have erected awaits. But the fate of Colonel Z is unknown. He may have been killed in action, killed by his own men, killed by a civilian in retaliation, he could have deserted, he may even still be alive.

Any zeal or pride in the nobility of his mission, quickly wears off as he contemplates the huge expense of energy and effort to complete a task that he increasingly sees as of little import. The general begins to feel that his task is effectively reliving the war, one battleground at a time, walking through valleys of the shadow of death, resurrecting the dead as he goes.

“The bodies of tens of thousands of soldiers buried beneath the earth had been waiting so many long years for his arrival, and now he was here at last, like a new Messiah”.

Increasingly exhausted and morose, he has no escape. He is deep within a foreign country whose locals avoid him as he reminds them of the war and makes them feel like they are being invaded again. The general’s main companion on this mission is a priest, himself a colonel in the war, but he offers little conversation. While the priest is impassive, pragmatic and focused on their mission, it is the general who is depressed, empathetic and haunted by existential questions. Everyone he meets he thinks of in terms of the shape their skull, the condition of their teeth. Soon he is over-indulging on cognac each night before suffering disturbing dreams in his sleep.

Together their little group traverse the difficult country. The suffer setbacks and unexpected obstacles. They even meet a German general on the same mission for his country. They hear the stories, even read the journals, of the soldiers whose graves it is their duty to disturb. The soldiers who fell in love with local girls, the prostitutes brought in from Italy to service the soldiers, their brothel turning a little Albanian village on its head, with tragic results.

The priest and the general share their thoughts of the nature of the Albanian – a people that seem forged out of such a hostile and menacing terrain, who have rarely experienced a generation without war and seem easily adept at matching and overwhelming better trained and equipped invaders time and again.

The general’s spiralling descent into melancholic self-destruction collides spectacularly with the mystery of the fate of Colonel Z in a scene that will not be soon forgotten by those who read it.

I have already shared a bit of author Ismail Kadare’s history in an earlier review of his novel The Palace of Dreams (see review here). The General of the Dead Army is his first and perhaps most famous novel. Though not as political, metaphorical or rich in symbolism as his later novels, its realism is to its credit as it explores the waste of human exertion and haunting aftermath of war that continues long after the battles have been lost and its physical remains eroded.